SSC MTS: Every year, the Staff Selection Commission conducts the SSC MTS Exam for recruiting candidates in various government departments and offices. SSC MTS 2022 is a government job exam that is held at two stages as Paper 1 (CBT) and Paper 2 (PBT). In the current year, the first paper probably conducts from 2 August - 8 September 2022, and the second paper will conduct on 17 November 2022. Multi-Tasking Staff (MTS) is a Group'C cadre position that was established according to the 6th CPC recommendation.

The position name of Group D such as after, jamadar, fresh, peon, chowkidar, safaiwala, junior Gestetner operator, etc. was recently clubbed together and hence they were called MTS. Staff Selection Commission’s head office is placed in New Delhi as well as several regional offices in various parts of India like Bangalore, Kolkata, Chennai, Allahabad, Mumbai, etc. 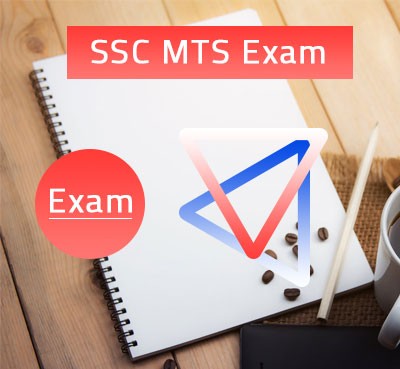 Below we have shown some of the popular SSC MTS job profiles.

1) Physical maintenance of records/files of all sections of the department for which you have been selected.

2) General cleanliness and upkeep of the section/ unit

3) Carrying of files and other papers within the office

5) Other non-clerical work in the Section/ Unit

6) Assisting in routine office work like a diary, despatch, etc., including on computer

7) Delivering of dak (outside the building)

11) The dusting of furniture etc

13) Work-related to his ITI qualifications, if it exists

14) Driving of vehicles, if in possession of a valid driving license

16) Any other work allocated by the superior authority

The above list is prepared on the basis of function nature. Some other duties of a similar nature may be added to it by the government.

Step 2: Those candidates who secured a valid rank in the online exam (CBT) will shortlist for Paper IInd which will be held offline.

Step 3: The candidates will have to go through document verification after successfully passing the written exam.

Step 4: Those applicants who clear the descriptive English exam will be shortlisted for an Interview process.

Note: Students must note that the cut-offs may different in both papers as per the vacancies in each state. Candidates will be selected based on the obtained marks in paper I and paper II.

The increment in employees' salary is provided based on the Pay Band I scheme: